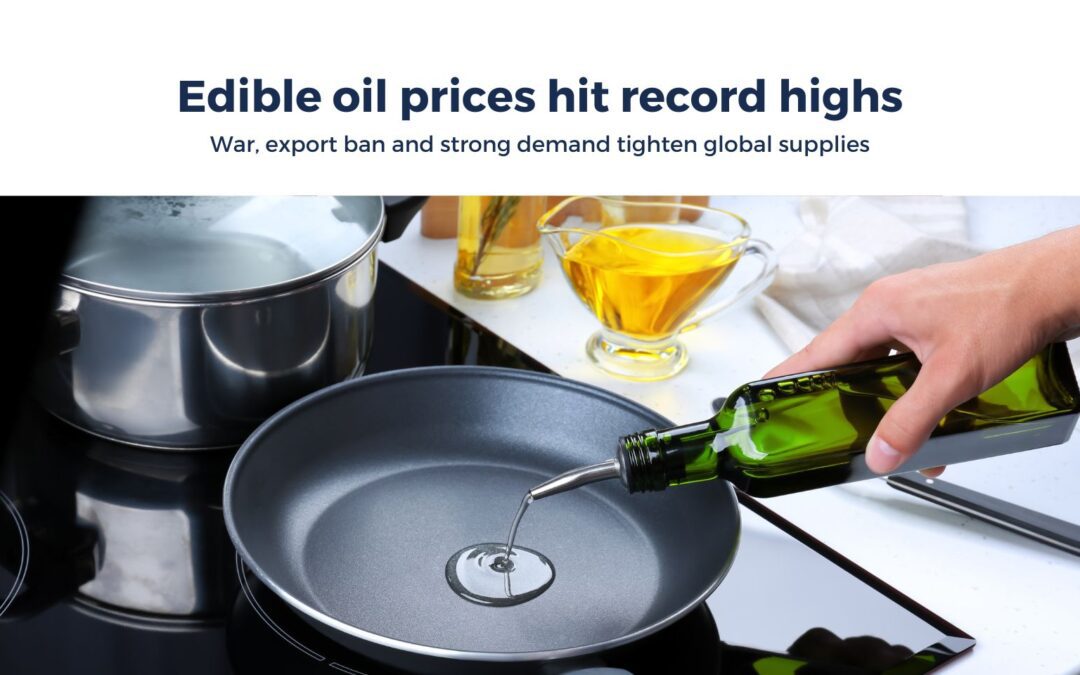 Several factors have combined to send edible oils prices to record highs, including:

Ukraine and Russia together account for 56% of sunflower seed oil production and 76% of global exports. Ukraine is the second to Russia in production with 28% of global supply in 2021-22 but first in exports, accounting for 46% of the total. Ukraine’s ports effectively have been shuttered since early March after Russia invaded Feb. 24.

Indonesia, which banned exports of all palm oil products as of the last week of April, is by far the largest palm oil producer and exporter, accounting for 59% of global production and 56% of exports. Malaysia is second at 25% of production and 33% of exports. Most analysts do not expect Indonesia’s palm oil export ban to be long-lived because exports are so important for its economy. The ban was imposed to curb soaring domestic vegetable oil prices.

Globally, importers have had to shift sources to fill the gap from Ukraine and Indonesia. India’s oil use typically consists of 40% palm oil and 11% sunflower seed oil. That country has boosted soybean oil imports by 30% over the past five months, with shipments from United States in the past four months larger than the prior eight years combined, and shipments from Brazil 10 times larger than a year earlier.

Amid vast supply uncertainty, the near-term outlook for edible oils prices remains strong. Beyond that, demand for renewable diesel amid the building of new production facilities is expected to keep demand high for years to come, with some forecasting a need to boost US soybean planted area by a third to meet projected demand.