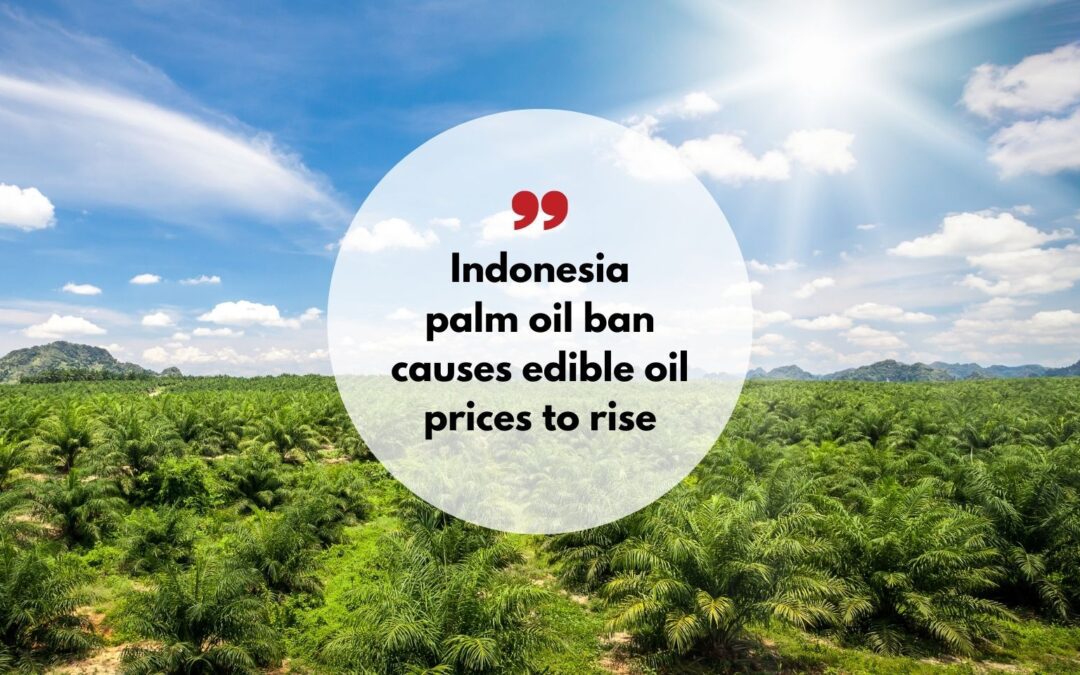 Following Indonesia’s export ban on palm oil, consumers around the world have to prepare for rising prices for edible oil. “This decision not only affects the availability of palm oil alone,” warned commodity expert James Fry of consulting firm LMC International.

Because the ban falls in a time of supply bottlenecks at all corners and ends: soybean oil because of a drought in South America, rapeseed oil because of a failed harvest in Canada and sunflower oil because of the war in Ukraine. This has driven up prices by around 50 percent in the past six months.

Malaysia cannot compensate for failures
Indonesia had imposed a ban on palm oil exports on Friday. This is intended to secure the supply of its own population, Explained President Joko Widodo.

Palm oil is by far the most widely used vegetable fat. Palm oil, which is used in cakes, cosmetics and cleaning agents, accounts for 60 percent of transport worldwide. Indonesia is the world’s largest exporter of palm oil.

Malaysia as number two could not compensate for these failures, said Atul Chaturvedi, head of the Indian trade association SEA. Indonesia has so far supplied India, the world’s largest consumer of vegetable oil, with half of its palm oil requirements, while Pakistan and Bangladesh have each supplied just under 80 percent.